The Memory of Nations project is the largest publicly accessible database of witness stories in Europe, which we continue to expand and manage in cooperation with the Institute for the Study of Totalitarian Regimes and Czech Radio.

Memory of Nations officially launched on the 28th of October 2008, and by the end of 2017 it was comprised of more than 10,800 witness stories from veterans of World War II, resistance fighters, Holocaust survivors, and political prisoners from the 1950s. As well as later stories from the clergy and dissidents, but also representatives of totalitarian regimes – agents of the KGB, NKVD, State Security, political functionaries, and other groups of witnesses. Today, there are still thousands of testimonies waiting to be recorded and processed.

On average, we publish two detailed witness stories each day, supplemented with the complete audio recording and short clips highlighting key moments of the testimony, contemporary photographs, letters, diaries, and other relevant archives. All of this material is also translated into English.

You can contribute to the collection and help our cause: Do you know of any interesting witnesses or have you experienced some of the crucial moments of the 20th century yourself? Talk to us, we will listen. Write to us at pametnici@postbellum.cz

Do you want to help expand the collection? Contact us at info@postbellum.cz

Since 2018  we have established 5 new regional branches:

Stories of the 20th Century

Czech Radio has been broadcasting fascinating stories of historical witnesses every Sunday for 10 years now, narrated by Mikuláš Kroupa and Adam Drda.

The first episode aired the 1st of May 2006 on Radio Bohemia On the 1st of March 2013, the programme began being broadcast on Czech Radio Plus.

Stories of Our Neighbours and workshops

Stories of Our Neighbours is an educational project of Post Bellum’s for pupils ranging from the ages of 13-15 years old. Under the supervision of their teachers and with the support of our coordinator, they are to interview a witness, record their life story, digitise photographs, scour archives, and ultimately create a radio, television, or written news report.

They will then present the results of their efforts to the public and an expert jury. In January 2020 up to 5,000 pupils and students took part in the project from 100 municipalities throughout the Czech Republic; they documented a total of 1200 witness stories.

We offer experiential workshops for students of primary and secondary schools. Pupils can thus imagine and relive the circumstances and dilemmas of those who experienced critical moments of the 20th century in person. The workshops use elements of drama and experiential education along with the memories of witnesses stored in the Memory of Nations database.

Stories of the 20th Century Competition

Stories of the 20th Century is the largest documentary competition in the Czech Republic and Slovakia, which we co-organise with PANT. Our goal with this competition is to be able to save family stories, photographs, and diaries that might otherwise be forgotten. The contestants are tasked with choosing an elderly relative with an interesting story that they can record using audio or video. Their work is assessed by a jury comprised of historians, journalists, and professional documentarians. A special prize is also given to the winner of the people’s vote. You can sign up here at  www.pribehy20stoleti.cz.

Memory of Nations helps to witnesses who have shared their life stories, and not only to them

In March 2020, Post Bellum established the „Memory of Nation´s Help Center“, which is designed for older people at risk caused by the spread of corona virus in the world. The center provides non-contact purchases, medication pickups, dog walking or different kinds of distand support on the telephone. We offer help to those closest to us: witnesses who told their life story as part of the Memory of Nation project. In addition to this specific help, the Center also offers to the witnesses of the 20th century the opportunity to remain active under current circumstances. Witnesses can participate in a project and share their memories with young people on telephone. The Center is now addressing the public and the media to find volunteers.

Memory of Nation´s Theater is an educational and creative project for children and youth of the age between 10–18 years. The participants learn about the stories and historical events of the 20th century and get to know the different perspectives, circumstances and attitudes of people who have experienced the dramatic moments of World War II and Communism. On the basis of a specific story, participants will understand the historical context of the 20th century and become familiar with the essence of totalitarian regimes. The project offers to young people the opportunity to respond to recent historical events.

The meetings take place once a week under the guidance of a lecturer, mostly in theater rooms.

Memory of Nations Sites is a smartphone app, launched in 2013, that serves as an interactive guide to historical sites that are connected to important events from the 20th century. The app accesses your location and shows you a map of all the “sites of memory” in the vicinity. The application allows these places to speak to you – literally. They speak in the words of the people who experienced it all first hand. In July 2016 we started a competition called Routes of Memory. Fans of hiking, cycling, and history can travel through eleven routes in nine regions of the Czech Republic which follow the most interesting historical phenomenas or events of the given region.

We Didn’t Give Up

We Didn’t Give Up is an educational website primarily intended for those in the teaching community interested in teaching modern history. It contains authentic recordings of witnesses, photographs, comic strips, short animated films, and radio documentaries.

You can also download work sheets and methodology guides that make use of all the aforesaid materials. Everything is clearly ordered according to historical topics and chapters. One of the sources for the work sheets is the comic book We Are Still at War, which can be ordered from the Memory of Nations online shop.

Besides the audio recordings of witness stories, we also film testimonies in our mobile TV studio. We shoot the film with two HD cameras using the patented Eye Direct system. The technology was developed in the USA, where it was first implemented by the documentarian Errol Morris. A system of semi-reflective mirrors creates a video recording in which the witness maintains eye contact with the documentarian despite looking straight at the lens of the camera. The result is a thrilling narrative free of any disturbances.

Stories of the 20th Century Cinema

Besides exhibitions, books, films, and radio programmes, the documentarians of Post Bellum also create edited versions of witness interviews intended for cinema. They build on the successful radio series, Stories of the 20th Century, which gets taken into a new format. Commentated cinema screenings tell stories that were forgotten or hushed up. “Stories of the 20th Century Cinema” depicts events such as the Holocaust or the Communist normalisation which have previously taken place in Prague, Slaný, Ostrava, Mnichovo Hradiště, and Mladá Boleslav. 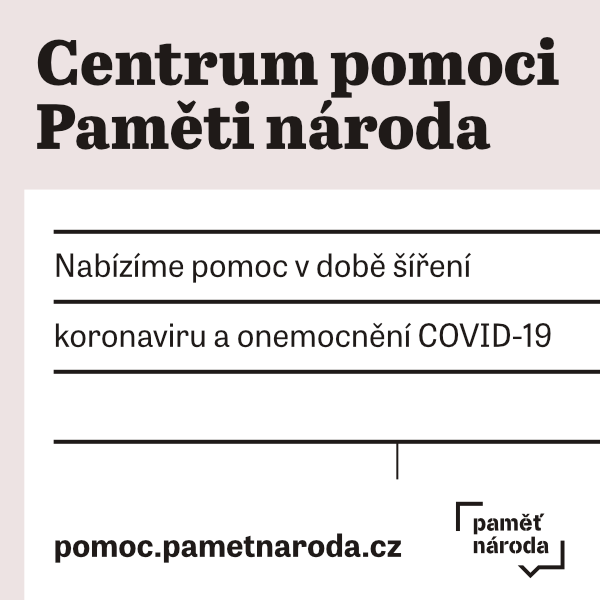 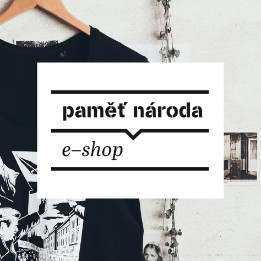