Post Bellum is a non-profit organization established in 2001 that seeks out and records witnesses‘ memories of historical events from throughout the 20th and recently also 21st century. The organization was founded by a group of journalists and historians from the Czech Republic who kept meeting at press conferences and anniversary commemorations. They believed that witnesses should have the opportunity to tell their stories and that these stories should be accessible to everyone. Post Bellum was created from this vision.

Post Bellum’s core project is the Memory of Nations, a wide oral-history collection of testimonies from people who experienced the totalitarian eras of the 20th century as well as photographs, newspapers, and various other historical records. The collection is comprised of thousands of witness stories and is accessible to the public through an online database.  The testimonies recorded within the Memory of Nations archive, are the ground for multiple adjacent projects with educational and documentary focus.

Our online collection contains the stories of veterans from World War II, Holocaust survivors, resistance fighters, political prisoners, nonconformists, contemporary war veterans, and ethnic minorities. It also includes the experiences of those who were on the repressive side of the totalitarian regimes – State Security, the KGB, and more. However, as totalitarian regimes worldwide keep on existing, we also focus on the freedom fighters, dissidents and human rights activists of 21st century conflicts, mainly through international projects in countries like Ukraine, Cuba, or Belarus.

The strategic partners and co-creators of the Memory of Nations are the Institute for the Study of Totalitarian Regimes and Czech Radio.

Besides recording witnesses‘ testimonies, Post Bellum strives to share these stories with broader audiences all over the world. The Post Bellum team now contains nearly 70 employees and hundreds of external collaborators, working on expanding the Memory of Nations collection and on the realization of diversely focused subprojects worldwide.

Since 2006, we have been broadcasting the Stories of the 20th Century documentary series on Czech Radio, telling “stories which were (or had to be) forgotten,” as the opening line of this popular radio program states. An audiovisual version under the same name, broadcast by the Czech Television, was inspired by the series.

We coordinate educational projects for both children and adults along with preparing exhibitions, publishing books, and organizing social events. We also encourage students to take an interest in modern history and their roots with the help of experiential workshops and the extensive educational project “Stories of our Neighbors.”

Each year we hold the largest documentary contest/competition in the Czech Republic and Slovakia. We are constantly looking for new ways to enhance public awareness and open up public debate on democratic values. All of these activities are governed by Post Bellum’s Code of Ethics.

If you know of a witness who has a story to share worth recording, please contact us at info@postbellum.cz

Talk to us! We will listen.

Get the English brochure

Post Bellum does not tolerate any form of child abuse or exploitation. Click here to get more information. 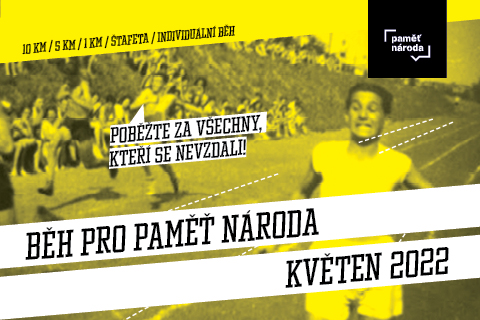